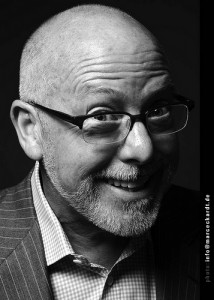 Roger Black’s name is synonymous with U.S. magazine design, but the days of the expensive, ambitious magazine design are over. Today, Black announced that he is moving to Hong Kong to head design for the Swiss publisher Edipresse in Asia, best known for its Tatler series of high-end society magazines.

Perhaps the most prolific of his kind, Black made his reputation working on publications like Rolling Stone, Esquire and The New York Times Magazine, but also titles like Reader’s Digest and the National Enquirer. He embraced digital technology, working on sites like MSNBC.com and Bloomberg.com and helping create a digital publishing platform, Treesaver. In 2012, he received a lifetime achievement award from the Society for News Design.